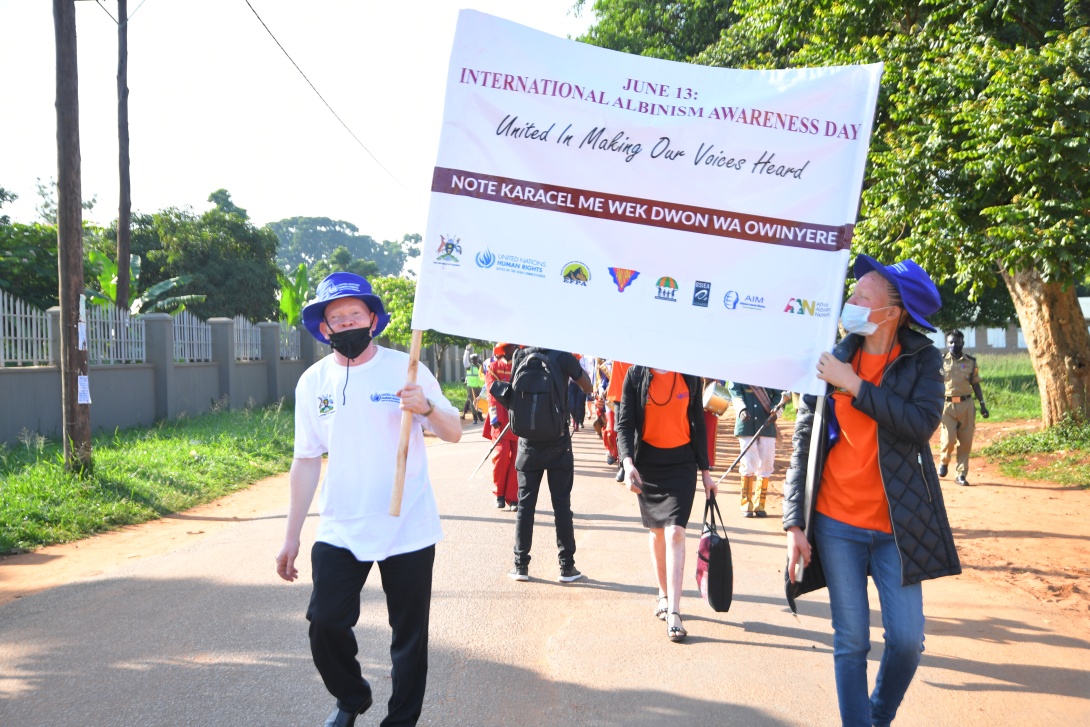 The five-year plan seeks to promote and protect the human rights and eliminate the violations inflicted on Uganda’s estimated more than 20,000 persons with albinism, including discrimination and stigma.

Mr. Robert Kotchani, the Country Representative at UN Human Rights in Uganda, said that over the past years, Uganda has made commendable efforts in addressing discrimination against persons with albinism especially with the recognition of albinism as a form of disability in the Persons with Disabilities Act(2020).

“The National Action Plan for Persons with Albinism should be implemented to ensure equality and non-discrimination for everyone without distinction of any kind, such as race, colour, sex, language, religion, political, national or social origin, property & birth. There is a need for key stakeholders within the public and private sectors to collaborate in ensuring the effective implementation of the Plan. We pledge to join efforts in its implementation,” Mr. Kotchani concluded.

Ms. Olive Namutebi, the Executive Director at the Albinism Umbrella, said that efforts to address discrimination against persons with albinism through the recognition of albinism as a form of disability has opened opportunities for planning, support and protection of their rights by the Government of Uganda.

“Albinism is a genetic condition that is manifested at birth where a person completely/partially lacks melanin with evidence of pale/ash-grey eyes. This genetic condition is inherited from gene-carrying parents even if they do not have albinism themselves. It is estimated that 20,000 Persons with Albinism live in Uganda. The term “person with albinism” is preferred to “albino”, which is often used in a derogatory way,” Ms. Olive Namutebi said.

Ms. Hellen Grace Asamo, the Minister of State for Disability Affairs, said that her office will follow-up with the Ministry of Health to ensure that sunscreens are included in the Governement’s list of essential drugs. The Minister called on people with albinism to embrace government programs such as the Parish Development Model and special grants for Persons with Disabilities so that they improve their livelihood. “The fight for recognition for your rights starts with you as an individual. It does not need another person to talk for your rights,” she said.