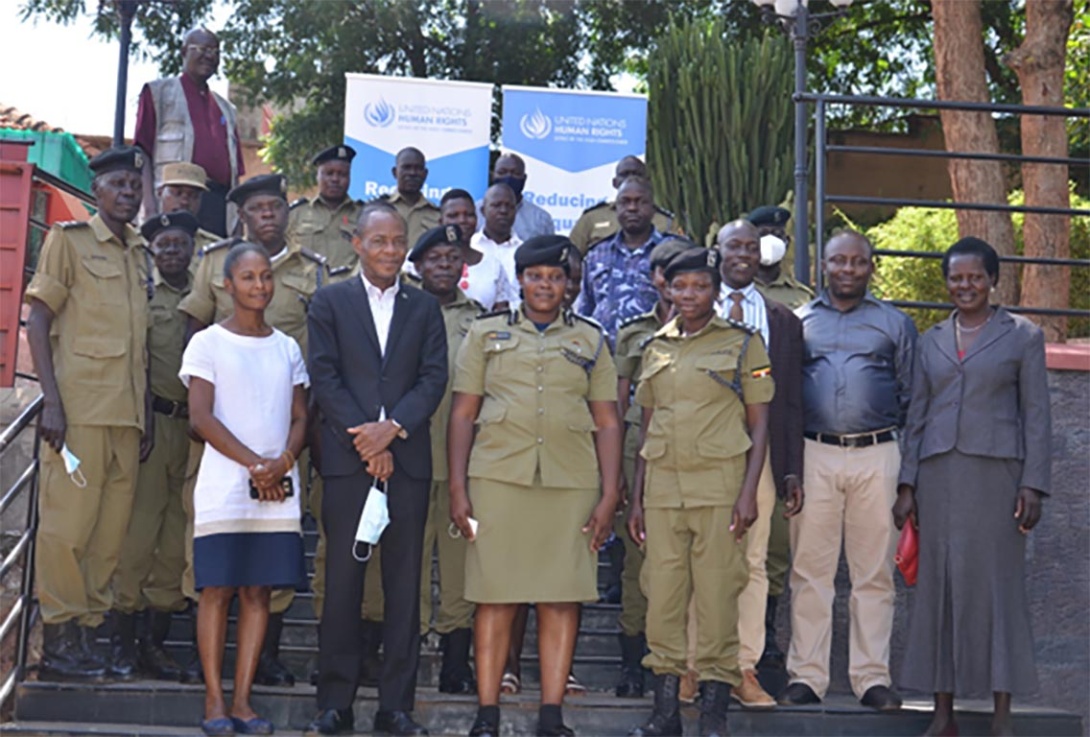 Photo: A cross-section of UPF personnel during the training.

Kitgum | June 6, 2022| The Uganda Police Force (UPF) has pledged continued collaboration with human rights bodies in order to improve the human rights record among its personnel.

The Regional Police Commander for Aswa River Region said the police force is continuing to work with human rights bodies like the Uganda Human Rights Commission (UHRC) in order to improve the human rights records as an institution and for its personnel. She said she was satisfied with the joint monitoring missions with the UHRC of detention centers and police facilities.

Senior Superintendent of Police Ms Nachuha Damali said this while opening a three-day training of trainers’ workshop at Cactus Hillside Hotel in Kitgum on Monday 6 June 2022. The training was designed for selected police personnel from the Acholi and Lango regions in northern Uganda on human rights standards in collaboration with the Uganda Human Rights Commission. The training is facilitated by technical staff of the African Center for the Treatment and Rehabilitation of Torture Victims (ACTV), UN Women, Law Society, and the Police. SSP Nachuha appreciated the collaboration with the Uganda Human Rights Commission saying that “the joint missions had improved over the years. And the continued support of the UN Human Rights Office for capacity building on human rights including during the electoral period had yielded fruits of peaceful elections with no major human rights violations reported in the Aswa region.”

A Senior Human Right Officer and Head of the Uganda Human Rights Commission offices in Lira Ms. Fionah  Opoka expressed optimism for improved working relations with all the security agencies in the region as they continue to learn from each other for the promotion and protection of human rights for everyone including during trainings of the kind currently happening in Kitgum.

On his part, Mr Robert Kotchani explained that the UN Human Rights Office “works to strengthen the rule of law and accountability for human rights violations by providing technical assistance, including legal advice, capacity building, among other interventions.” He underscored the longstanding collaboration and engagement with security agencies particularly the Uganda Defence Forces (UPDF), and the Uganda Police Force (UPF) through bilateral talks and capacity building. He pledged continued engagements of similar trainings.

The training came on the backdrop of discussions early in the year together with Uganda Human Rights Commission (UHRC) and the Regional Police Commander for Aswa River Region about the need for capacity building on human rights for the police force.

The training follows a similar intervention of OHCHR and the UHRC with the UPDF last week in Kitgum. Similar trainings are planned for the personnel of the Uganda Prisons services in the latter quarter of 2022.