UPDF officers urged to guarantee human rights of all Ugandans 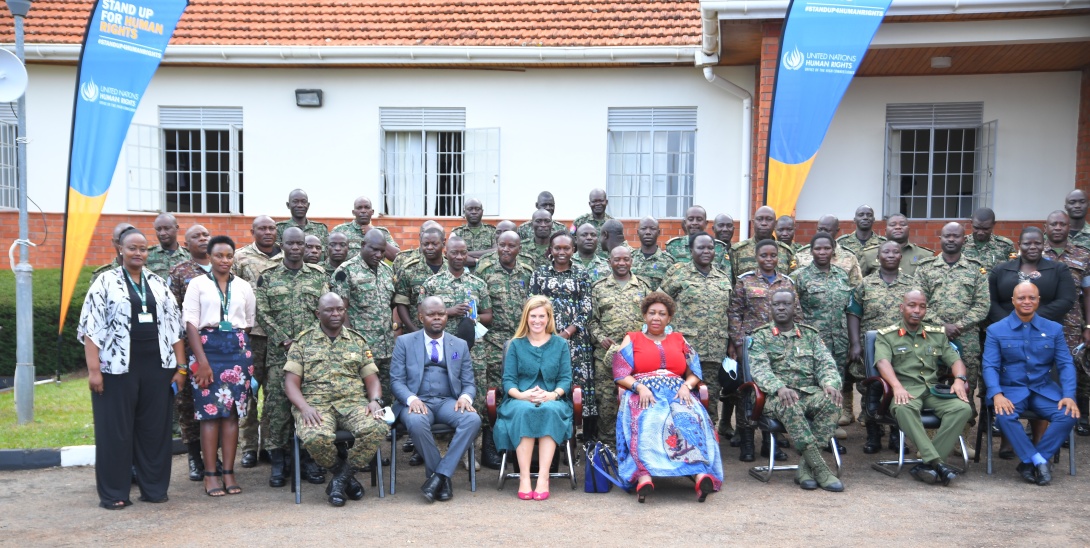 The training was aimed at enhancing the capacity of the senior officers with human rights knowledge and concepts applicable in security and law enforcement operations. This training introduced the senior officers to international, regional, and national human rights instruments, and equipped them with skills on the human rights standards applicable to the use of force in security. They were briefed on the applicable human rights standards relevant to elections including the Women’s Council / Committee elections. The training also focused on women, peace and security, the right to life and the obligations of the UPDF under their Code of Conduct.

Ms Grace Pelly, the Deputy Country Representative, in her opening remarks, stressed it is vital for UPDF soldiers to remember that respect of human rights provides the moral and ethical fabric of their profession and that the failure to treat all Ugandans with respect and dignity greatly undermines public trust and endangers democracy. “The aim of the training is to deepen UPDF personnel's understanding and appreciation of human rights issues and their impact on military duties.” Ms Grace said.

Ms. Mariam Wangadya, the Chairperson of Uganda Human Rights Commission (UHRC) said that the Commission anticipates that with the human rights training, there will be a significant reduction of human rights violations by UPDF officers. “The role of UPDF is critical for national security, peace, law, and democracy in Uganda. We acknowledge that protecting national interests at home and abroad, in providing a safe and secure environment for all citizens to live and prosper is not a walk in the park. We must empower our officers, to act and respond with reasonable force and respect for all Ugandans," Ms. Mariam said.

Speaking on behalf of the UPDF, Colonel Deo Karikona, the Director of Human Rights at UPDF noted that the training for senior officers organized by the UN Human Rights Office demonstrated synergies in the promotion and protection of human rights. The Colonel tasked participants to continuously sensitize their junior soldiers to ensure conscious discipline as they carry out their military duties. He also emphasized the UPDF Code of Conduct that is people-centred which has stood the test of time. He reiterated that the Code of Conduct states that members of the Defence Forces shall not abuse, insult, provoke, beat or steal property and obtain goods from the public without paying for them or through false pretence. Trespassing on any person's property by law enforcement officers is illegal. He emphasized that as a security institute, the UPDF works for the inviolability of human rights. “We need to jointly guarantee the inviolability of the human rights of all Ugandans.” He concluded.

Brigadier General Kulayigye underscored the watchdog role of the media without which, “the world would be in ‘darkness’, un-informed and miserable.” He cautioned that public agencies and media need each other embedded with mutual respect and not mutual conspiracy to conceal malpractices because they promote public service delivery. He clarified on the position of the spokesperson of the UPDF and explained that any “military officer in UPDF uniform automatically becomes the spokesperson, therefore officers should be mindful of their behaviour, especially while in uniform as it reflects negatively or positively on the UPDF as an institution, " Brig. General Felix said.

Ms. Noowe Monalisa, the Head Human Rights Office at CMI/UPDF said that CMI/UPDFs’ long-standing partnership with the UN Human Rights office since 2012 had significantly facilitated the building of the capacity of security officers on human rights. She added that it had contributed to a reduction of human rights violations and improved the public image of the UPDF. "The military courts have started implementing the Prevention and Prohibition of Torture Act in their proceedings and rulings to eradicate torture within the UPDF. In partnership with UHRC, UPDF referral systems have also been established to handle cases of human rights violations reported against the army for timely redress.” She noted. 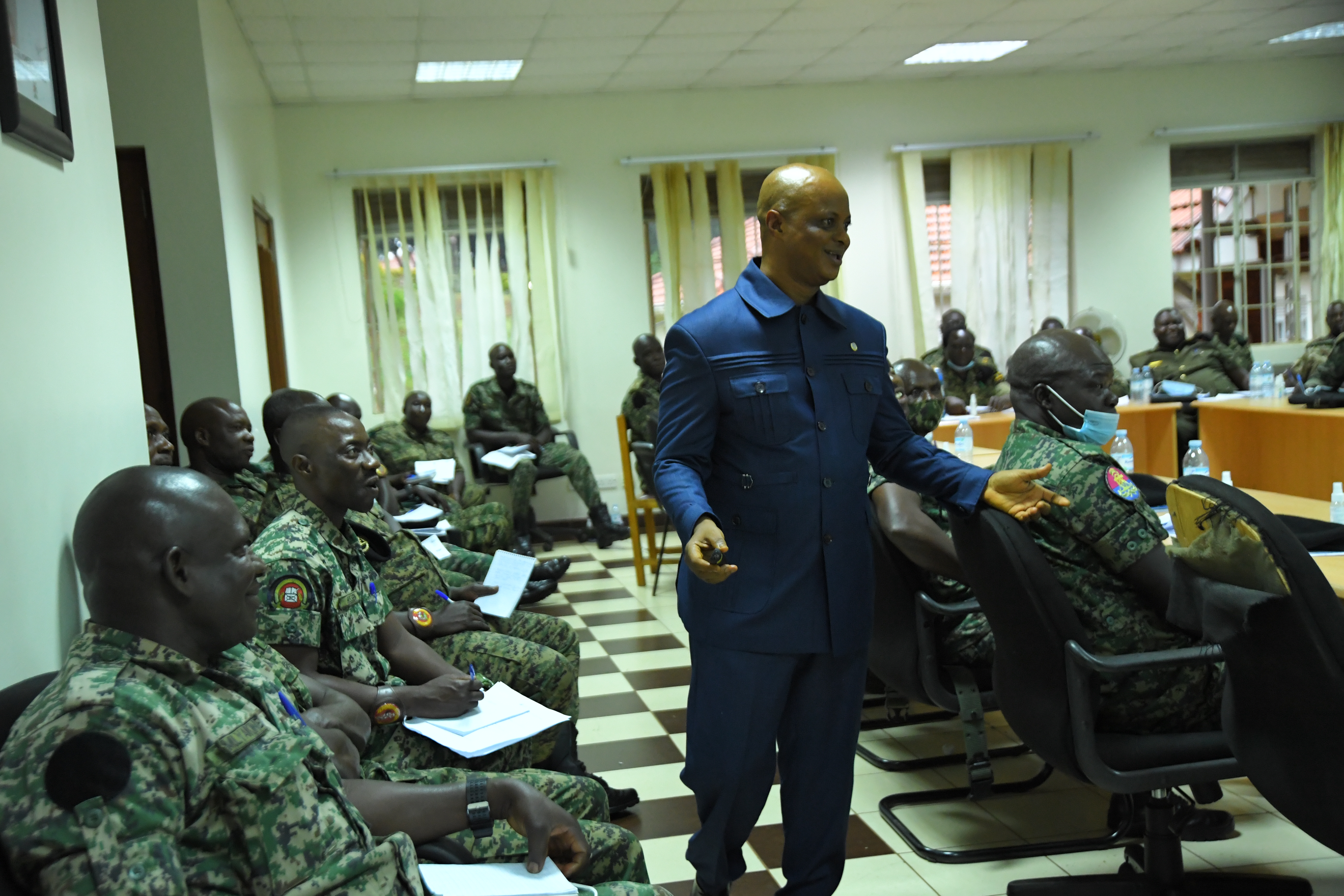