Police Officers guilty of torture to be held individually liable 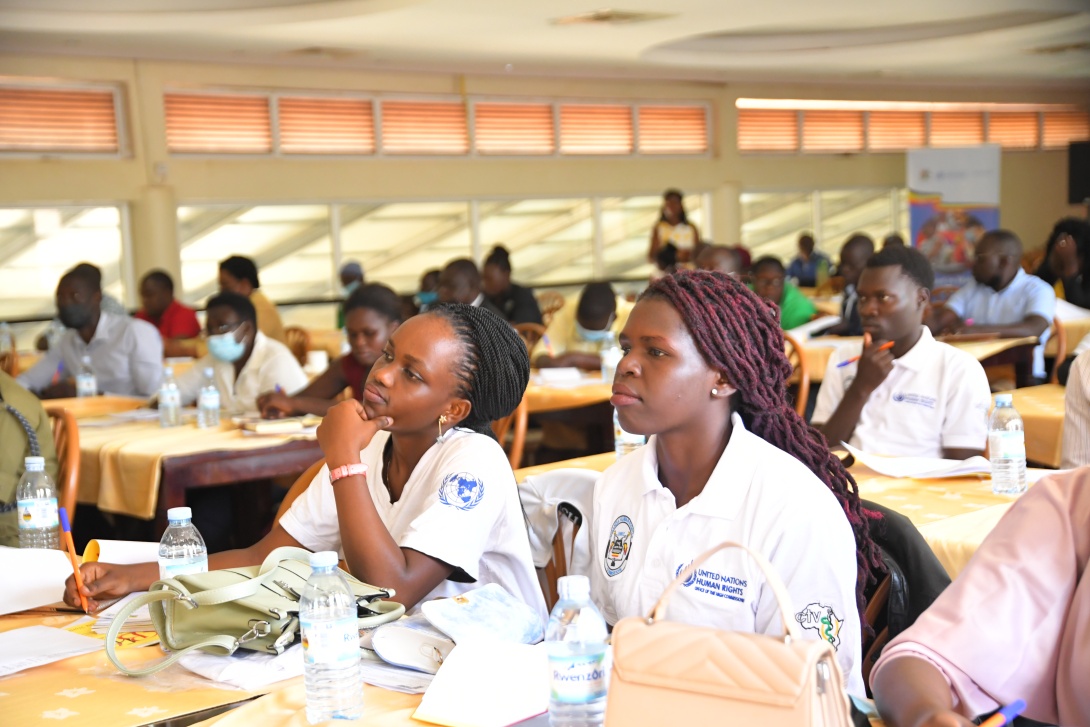 Photo: Commemoration of International Day in Support of Victims of Torture in Gulu City. OHCHR ©

Gulu | 28 June 2022: In commemoration of the International Day in Support of Victims of Torture, the UN Human Rights Office in partnership with the Uganda Human Rights Commission (UHRC) and the African Centre for the Treatment and Rehabilitation of Torture Victims (ACTV)organized a community dialogue in Gulu City to raise awareness among duty bearers and rights holders on the value of timely reporting, and professional documentation of cases of torture. The event also aimed at advocating for legal reforms for a torture-free environment to thrive.

Ms. Pasipau Chirwa, the UN Human Rights Gulu Team leader, on behalf of the Country Representative highlighted that documenting torture is vital in conducting effective investigations, obtaining justice, and rehabilitation. Ms. Pasipau called on the state to ensure that judicial, healthcare and law enforcement officers  discharge their duties without any undue pressure or fear of reprisals.

“In efforts to eradicate torture and end impunity, it is fundamental to hold perpetrators accountable for their actions towards victims. We have all witnessed the life-altering and often chronic consequences of torture on survivors’ psychological and physical health; usually transmitted across generations,” Ms. Chirwa concluded.

In his opening remarks, Mr. Alfred Okettayot, the Programs Manager at ACTV noted that torture is on the rise with statistics showing that freedom from torture and ill-treatment under Articles 24 and 44 of the 1995 Constitution of Uganda is among the most violated right in Uganda.

“On average, the African Centre for Treatment and Rehabilitation of Torture Victims treats and rehabilitates more than 1,000 torture survivors annually,” Mr. Alfred said.

In a keynote address, the Deputy Registrar at Gulu High Court-His Worship, Ntalo Hussein, said that torture is one of the most grave crimes and that actors in the criminal justice system, judiciary and healthcare professionals play a vital role in the documentation of torture.

“It is our joint obligation to investigate, document and expose torture. Witness and survivor testimonies are vital components in the documentation of torture because they provide the confirmatory and unwavering evidence required in the courts of law,” he stated.

Mr. Nicholas Ogwang, the Human Rights Officer at UHRC indicated that from 2015 to 2020, the Commission had registered a total of 803 torture complaints.

Assistant Superintendent of Police (ASP) David Ongom Mudong stressed that Uganda Police as an institution does not condone torture in evidence gathering or during extraction of confessions from suspects.

“Police officers who break the police code and torture suspects are not above the law and will be held individually liable by compensating victims when found guilty” ASP David Ongom noted.

This year’s commemoration of the International Day in Support of Victims of Torture in Gulu was attended by 105 participants (47 females and 58 males) from the torture survivors community, Gulu local government, student lawyers, members of the Coalition Against Torture, Civil Society Organizations, and representatives of the Justice, Law and Order Sector (JLOS).