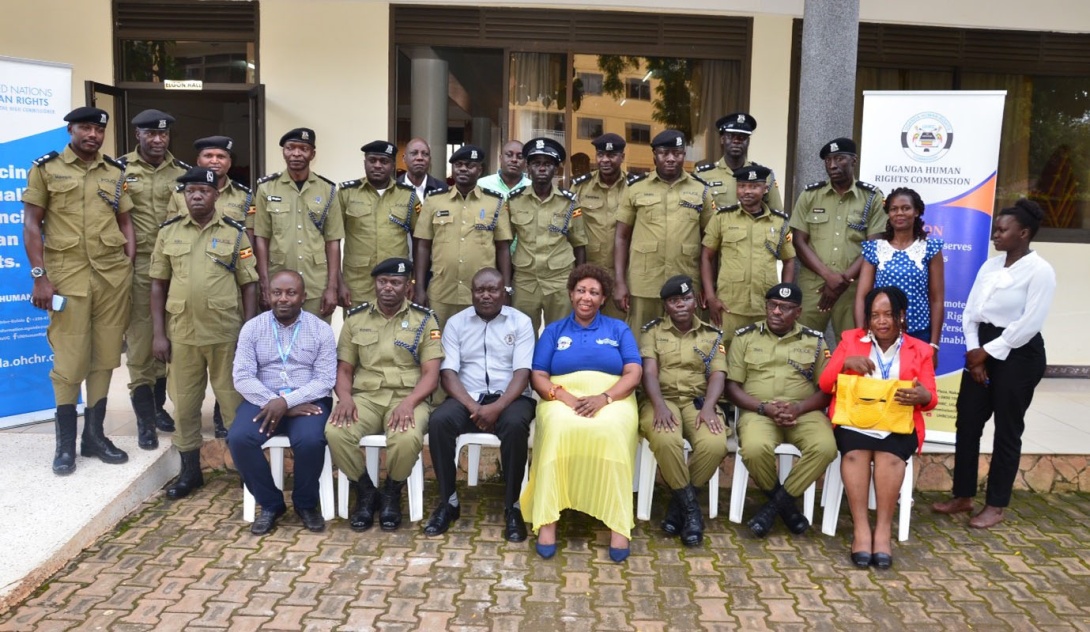 Lira City | December 2022: The regional police commander, north Kyoga region Assistant Commissioner of Police (ACP) Obura Deo has committed to incorporate human rights in police operations under his command area. This was at a training for senior police officer on incorporating human rights in law enforcement organized by the Office of the United Nations High Commissioner for Human Rights (OHCHR) in Uganda in collaboration with the Uganda Human Rights Commission (UHRC) from 13 – 15 December 2022 in Lira City.

“The police under my command will ensure that human rights are given attention in all police operations.” ACP Obura Deo said. He further committed to address the concerns of human rights violation raised by Hon. Mariam Wangadya, chairperson Uganda Human Rights Commission.

In her opening remarks during the three-day training, Hon. Wangadya expressed serious concerns about reports of human rights violations by police officers reaching her office. “I am deeply concerned about reports of human rights violations in north Kyoga reaching my office as well as the irresponsiveness to prevent violations and abuse of rights, among others the most common include commercialization of police bond, violation of the rights of detained persons, not respecting the 48-hour rule, and slow response to mob action which has resulted to several death” said Hon. Wangadya.

She further noted that the Commission was concerned about the rights and welfare of police officers and how it affects policing work. She noted that the Commission had conducted research on police welfare and shared the findings with police leadership. She also said that the report would be published and shared with relevant stakeholders including the Uganda Parliament, Ministry of Internal Affairs and the President’s Office with a view to working together to address the issues identified.

According to the police annual crime report 2021 Police under the directorate of human rights and legal services intensified capacity building for police officers in collaboration with UHRC, OHCHR and CSO including Human Rights Centre Uganda.