Training of traditional leaders in human rights promotion and protection 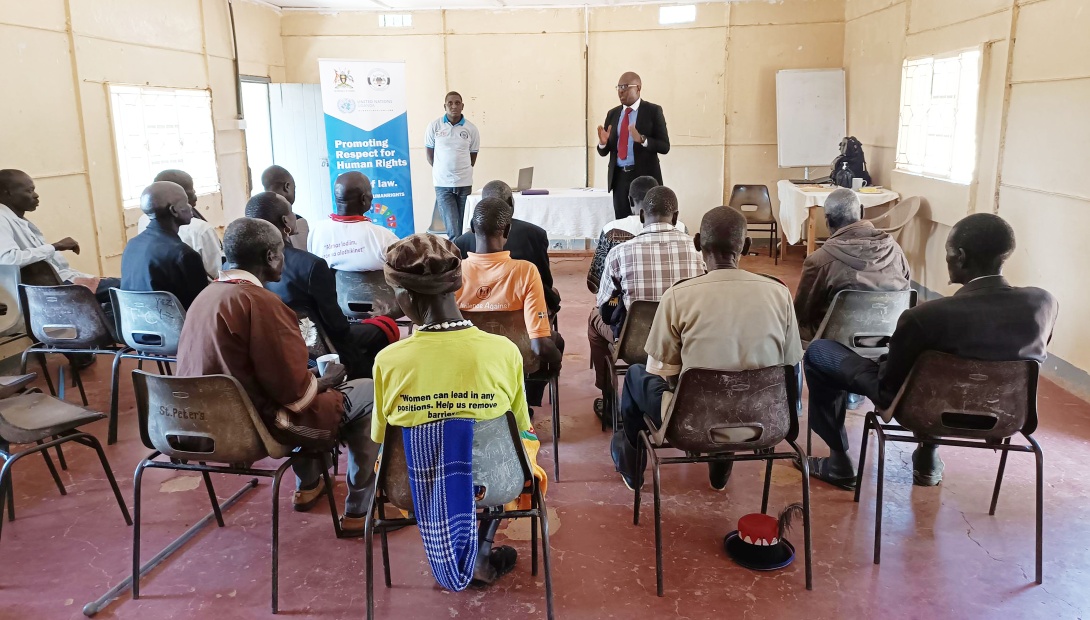 In September 2022, The Office of the United Nations High Commissioner for Human Rights (OHCHR) in Uganda in conjunction with the Uganda Human Rights Commission (UHRC) conducted two-day trainings for representatives of traditional justice institutions in Karamoja on human rights and how to integrate human rights in their work and authority.

The workshop was attended by 81 (58 males and 23 females). The training focused on increasing awareness on what human rights are, and how to identify human rights violations and to enhance awareness on the importance of participation of vulnerable groups in traditional justice institutions.

The training was facilitated by a team of human rights lawyers from OHCHR, UHRC and Office of Department of Public Prosecution (ODPP).